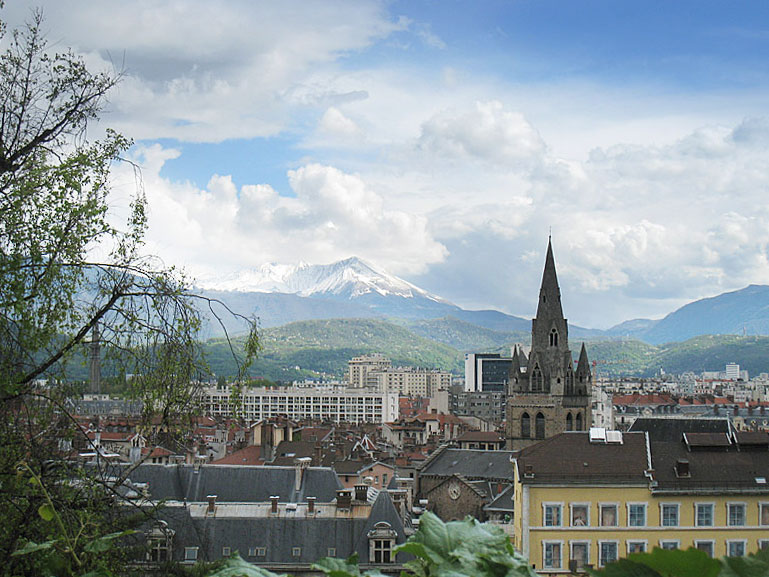 This church in the center of Grenoble was familiar to De La Salle, who would bring the students from the Brothers’ school here for Mass. His devotion in the celebration of Mass was such that it left an indelible impression on the citizens of that city.

Whenever he was spotted on his way to church with his young scholars, people could be heard to say, “Let us go to Mass. See, there, the holy priest on his way to celebrate it.”

The following text, headlines aside, is cited from Brother Alfred Calcutt in his biography of De La Salle.

There was only the one school in [St. Laurent’s] parish, dating from October 1708. A second one was opened in St. Hughes’ parish in 1715. The Brothers had as spiritual director Canon Didier, who belonged not to St. Laurent’s church as Blain says, but to the collegiate church of St Andrew in the main part of the town. The school came under the School Board, a body formed according to the spirit of Démia’s Regulations (the latter had declined to send masters to Grenoble when requested). A priest on this Board, therefore, watched over the spiritual welfare of the masters and mistresses of the schools. The bishop, de Montmartin, chairman by right of the Board, confirmed him in this function. De La Salle accepted this set-up. In fact, he entrusted Canon Didier with seeing to the publication of a new edition of his catechism: The Duties of a Christian. “He took a particular care of them (the two schools) and took towards them the place of M. De La Salle, taking on himself with a father’s affection all their spiritual and temporal interests.”

The Founder gave much of his time to prayer. He used to say mass in the chapel of the Visitandines. There is a steep climb to it, but there was an easier path he could take, suffering as he was from rheumatism. Sometimes he went to the collegiate church of St Andrew. We have a testimony to the effect he had on people from a Brother Patrice, who entered the Institute in 1777, and was sent to teach in Grenoble in 1780. To go to St Hughes’ school he passed every day in front of St Andrew’s. “I had several times the occasion to see M. Villars, canon and dean of the chapter, a very respectable man in his nineties. He had seen M. De La Salle and spoken with him several times during his stay in Grenoble. M. De La Salle sometimes said mass in their collegiate church. M. de Villars himself was edified with the liveliness of his faith. He saw his face change during the sacrifice. People rushed to see him at the altar.”

But he also profited by the Brothers’ having copies of the Duties of a Christian to revise it. In the Grenoble library there is a copy, in De La Salle’s hand, of the royal privilege that had been granted him on December 19th, 1711 to reprint his text. With it is the following declaration: “I have handed the enclosed to Monsieur Molard to have the said book, contained in the said privilege, printed by Matthew Petit, printer in Grenoble, which I consent to be printed by him once only. Done at Grenoble this ninth of August one thousand seven hundred and thirteen.” (Signed) De La Salle. The work was not, in fact, reprinted. The printer would not accept his changes. “The changes and additions he made to it were not to the liking of the printer. There was no alternative but to go his way, and the book was reprinted according to its first form.” 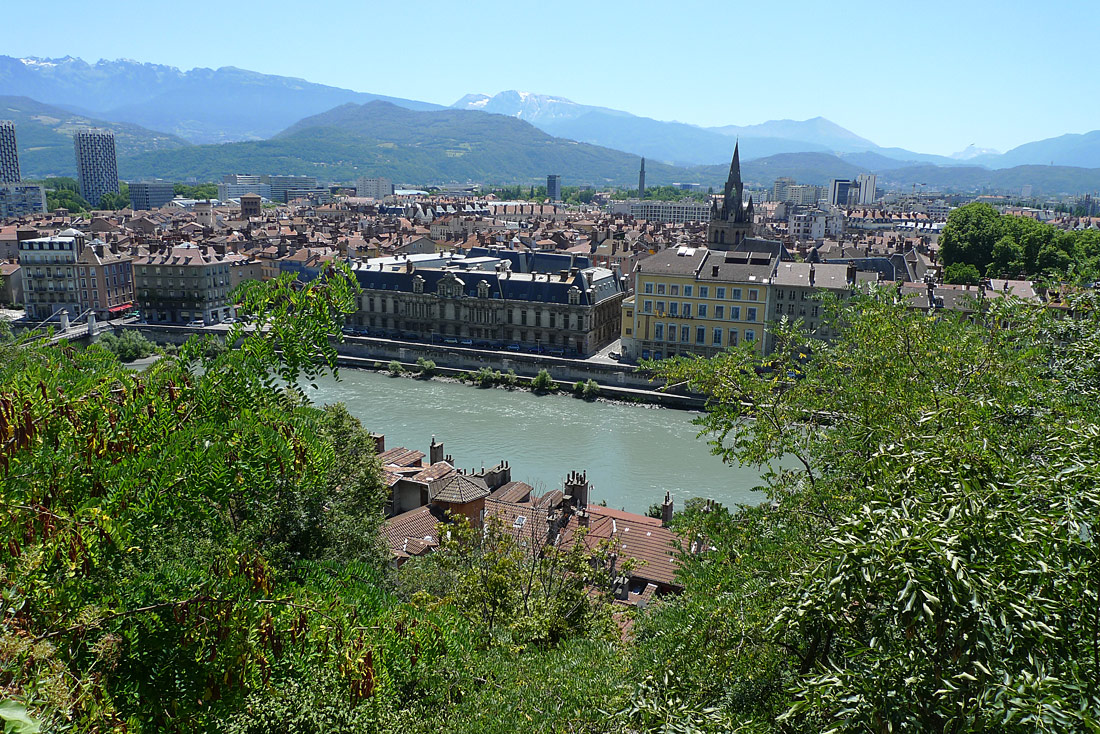 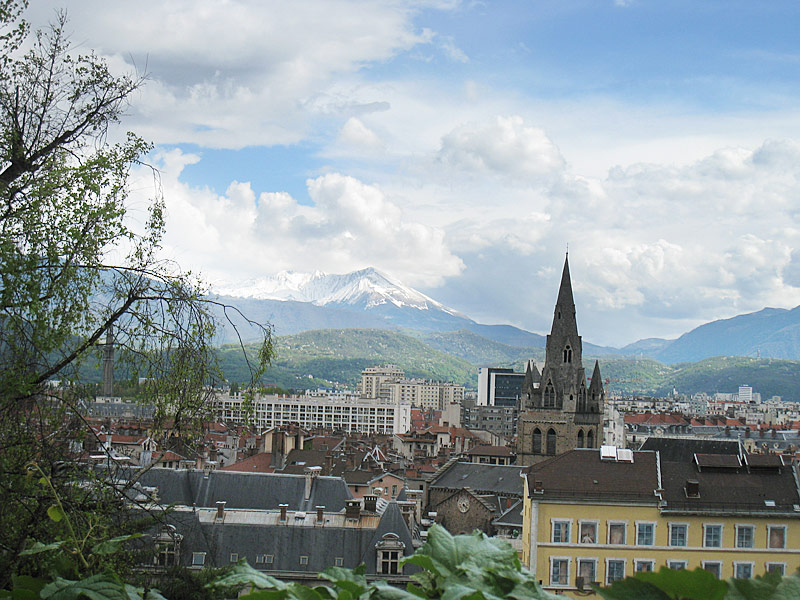 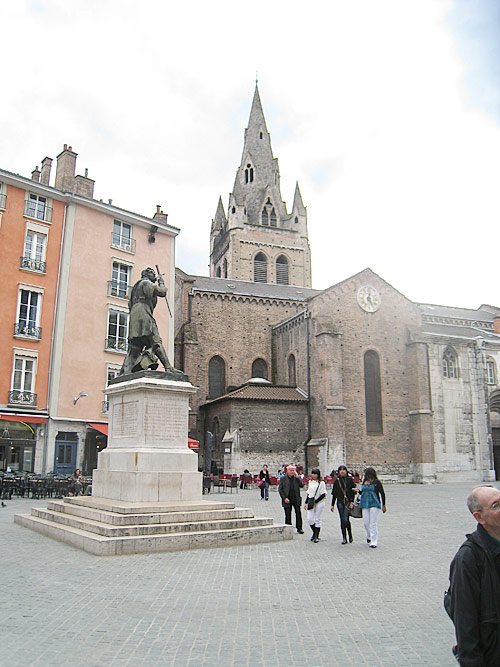 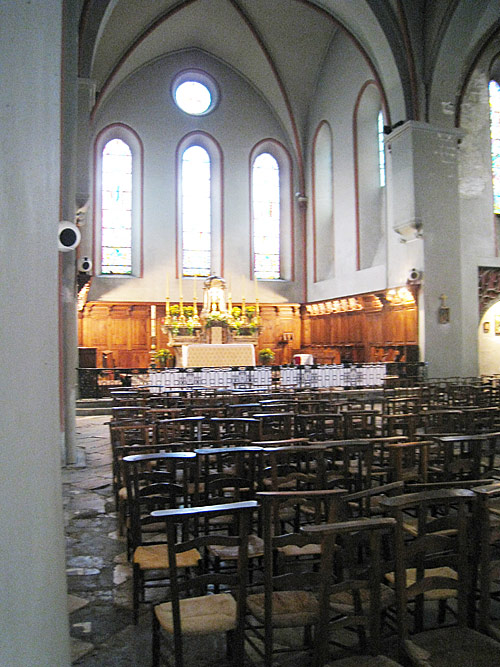 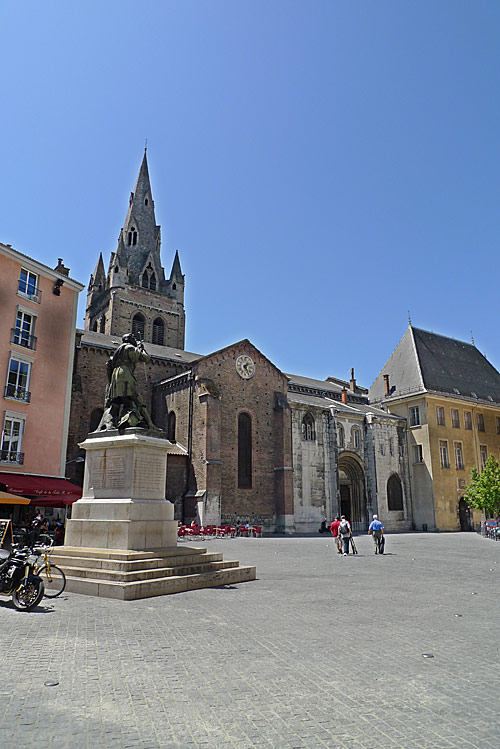