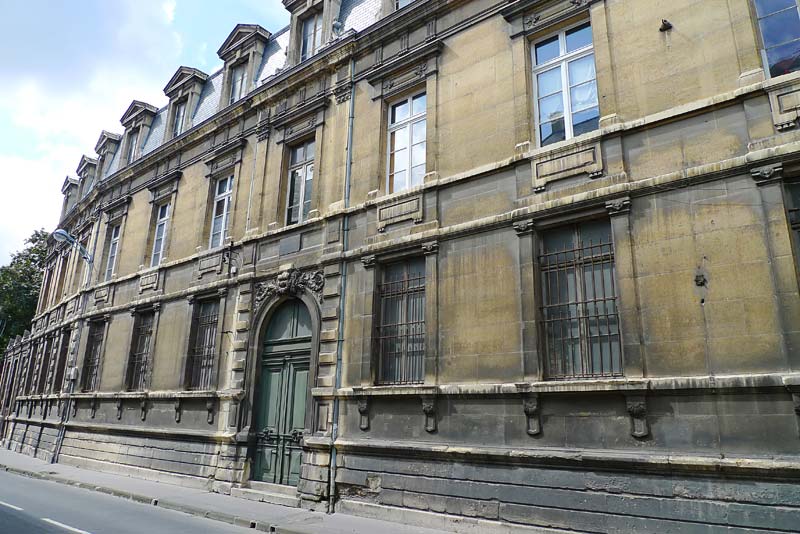 After being tutored at home (the custom at the time), De La Salle began his formal education here in October 1661 at the age of 10 and would continue for the next nine years.

The school dates from the 9th century and has always been closely associated with the University of Reims. Around the corner, in the Rue Vautier-le-Noir, is the other entrance which has the old 16th century door of the College.

De La Salle studied at this college from 1661 – 1669 (aged 10-18). For 5 years, he studied Latin and Greek Grammar. Then followed 2 years of rhetoric (oratory, debates, plays, poems, discussion—all in Latin) and 2 years of  Philosophy (including Aristotle, logic, ethics, botany, math, astronomy, and metaphysics). The lessons were given exclusively in Latin and it is interesting to note De La Salle’s reaction to these studies when he founded schools for the ordinary people of the town. Those children were to be taught in French. De La Salle did so well in his literature course in 1666 that the chancellor of the university, Pierre Dozet, decided to cede his position as canon of the Cathedral of Reims to him in recognition of his brilliant achievement in literature. 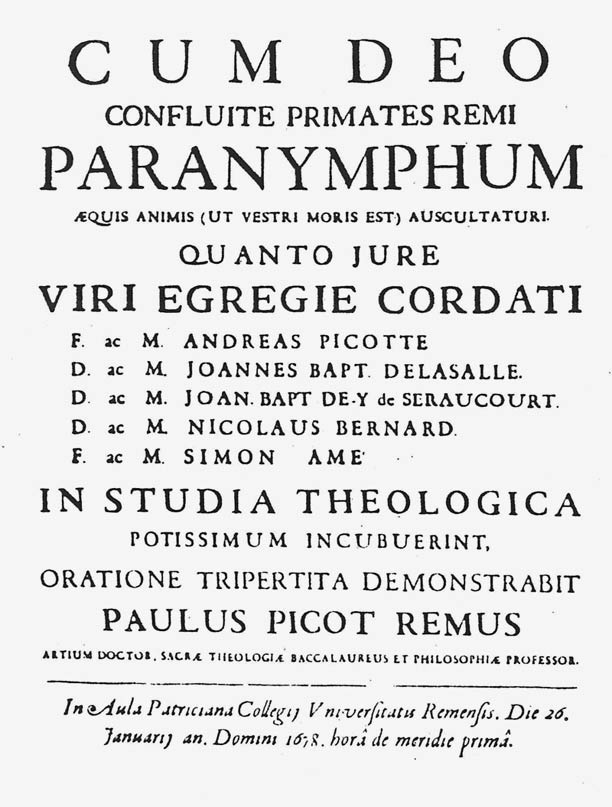 De La Salle’s invitation to speeches at the college

The chapel of the College des Bons Enfants, where De La Salle worshiped as a boy, is now a dining room of the lycee. The invitation to come and listen to special speeches made on the occasion of the granting of the Licenciate in Theology to a group of students, one of whom was John Baptist de La Salle. The present day school (which awards the Baccalaureate to 18 year olds) is built on the site of the College des Bons Enfants. Above the entrance on the Rue de l’Université engraved in stone reads “Collegorium Bonorum Puerorurn Universitatis Remensis.”

After the French Revolution, the Brothers lived in this college until it was transformed into an official lycee under the Napoleonic regime. Thereafter, they lived for two years (1804-1806) opposite the lycee in a part of the ancient Abbey of Pierre-les-Dames. In 1806 they settled in the Carmelite house where they stayed for 30 years (1806-1836). 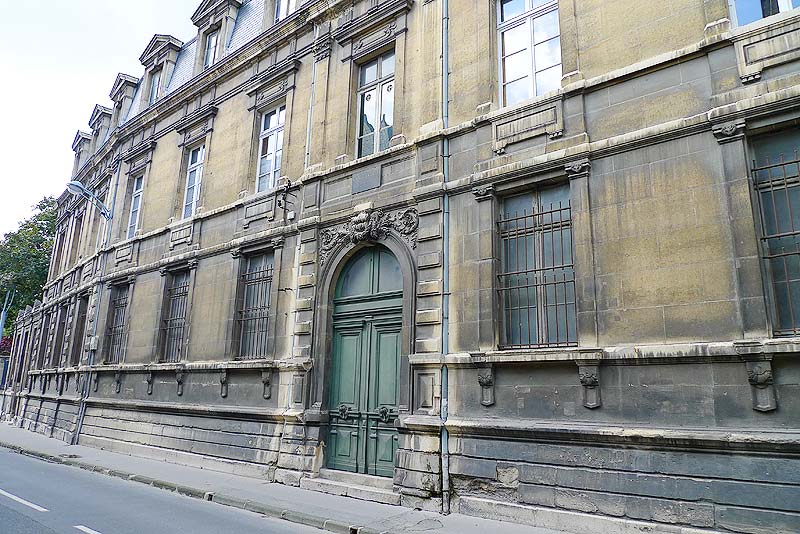 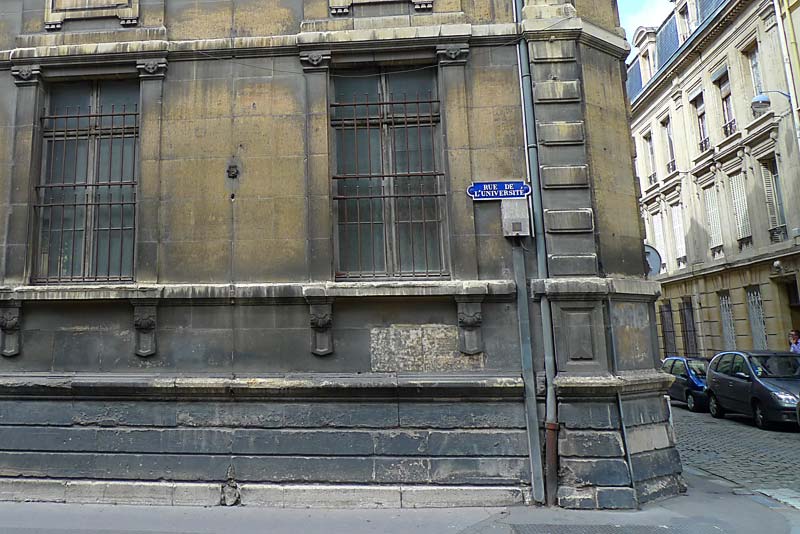 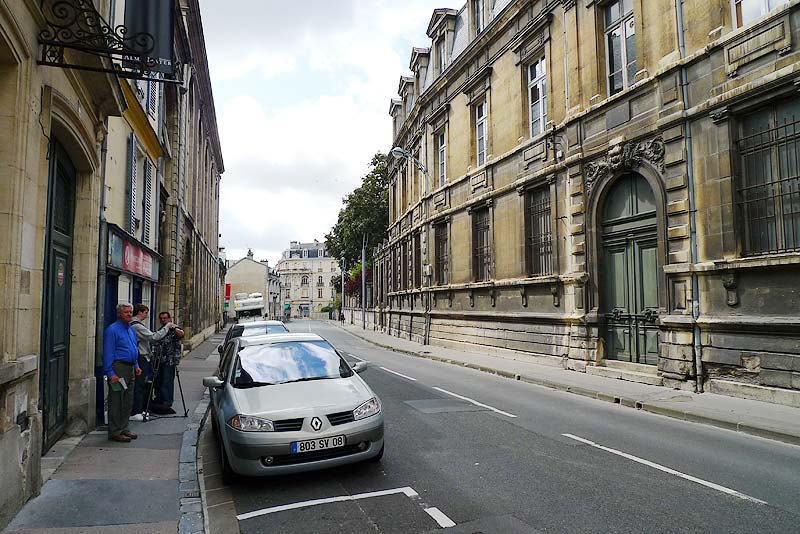 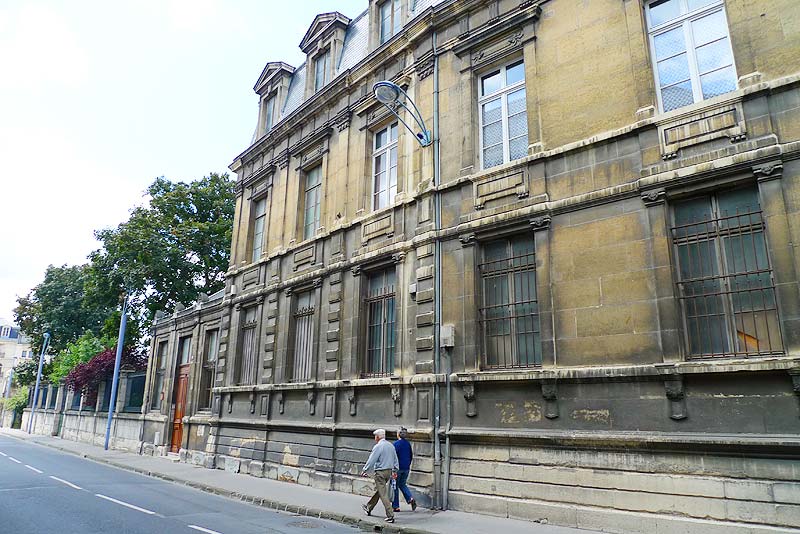 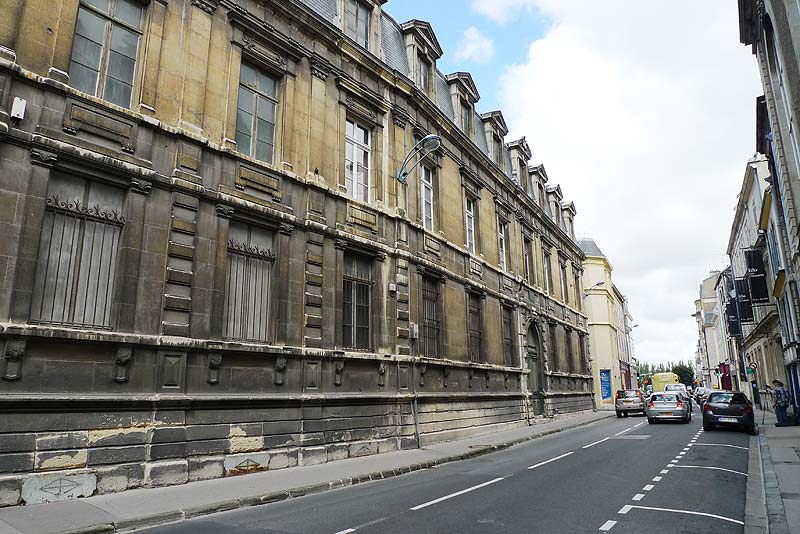 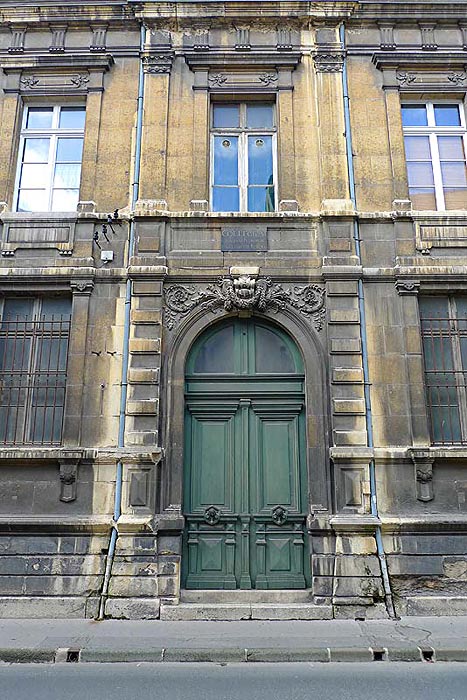 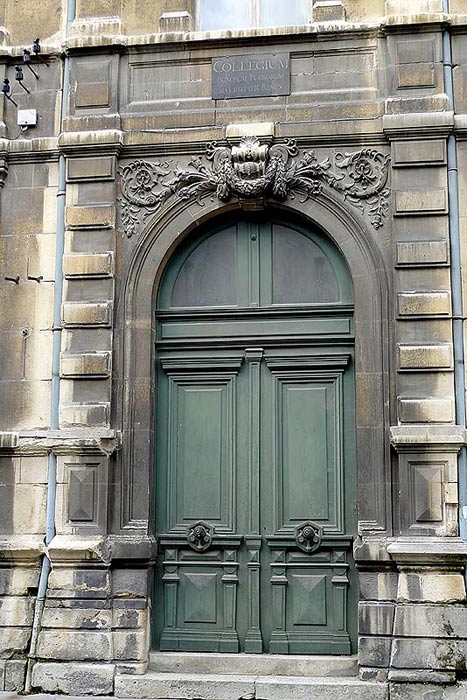