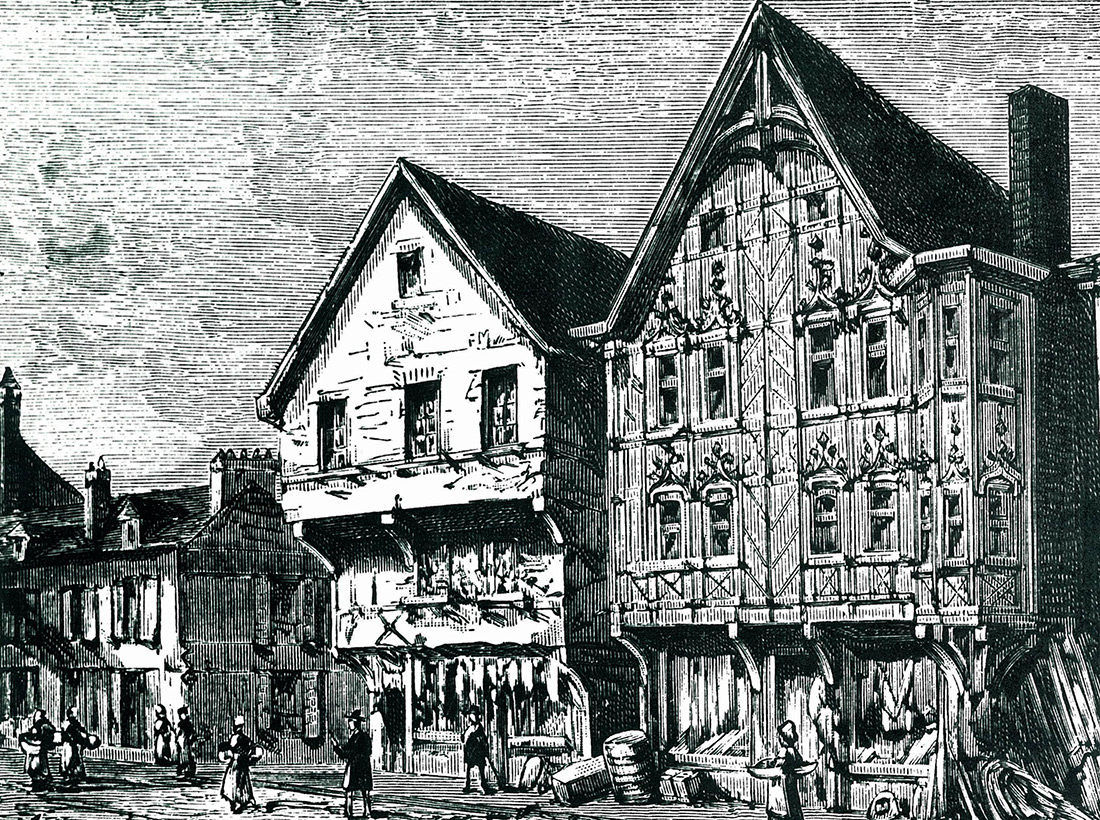 Today a post office, De La Salle moved here with his family in 1664 when he was 13 years old. He would live here until the age of 31, taking care of his brothers and sisters after his parents died suddenly within a year of one another. The house was sold by the family in 1682 and no trace of it remains.

De La Salle lived here for roughly 18 years on the Rue St. Marguerite from 1664-1682. The house is located a few blocks from Hotel de La Cloche where he grew up, and it is still very close to the Reims Cathedral. This building is called Hotel des Postes. It was associated with mail distribution in former times. This was his home when Pierre Dozet, a distant relative, resigned his canonry (1667) in favor of the 16 year old De La Salle, when he was ordained to the minor orders (1668), and when he was awarded his M.A. degree 1669). At the age of 19, he left for St. Sulpice Paris. He returned to this house in April 1672, after the death of both of his parents. 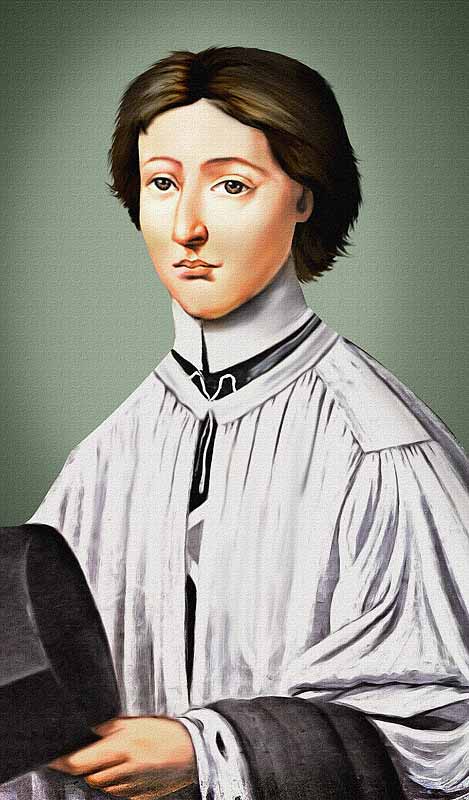 When he returned from Paris to take charge of the family at Reims, he sought out Fr. Nicholas Roland, a fellow canon at the cathedral, as his spiritual adviser. Encouraged to continue in his training for the priesthood, De La Salle had to journey to Cambrai in order to be ordained to the sub-diaconate and back to Paris (1676) for the deaconate . The archbishop was often away from the diocese, and that was pretty common in those days. He was ordained a priest on April 9, 1678. Throughout all this time he devoted himself to the education of his four brothers and two sisters.

Called to the Sisters

It is here that De La Salle made his first notable contributions to the cause of the Christian schools. When his spiritual advisor, Nicholas Roland, died a couple of weeks after De La Salle’s ordination, he asked De La Salle to oversee a group of sisters that he had founded and to obtain legal recognition of these sisters, the Sisters of the Child Jesus.

On March 15, 1679, he met Adrian Nyel (sent to him by his aunt Mme de Maillefer), and subsequently welcomed him into this home where the family lived. Nyel was sent with the intention of opening a school in Reims, which had been her native town. At Christmas, the first teachers recruited by Adrian Nyel were given a home by De La Salle, who installed them in the Maison Ruynart in the Rue de la Grue, a stone’s throw from his own house.

At the time, a synod referred to teachers in charity schools as:

This was not a very honorable occupation, apparently, but one that De La Salle was kindly disposed towards because of his own notions and experiences.

In 1680, on the feast of Saint John the Baptist, De La Salle welcomed them to his own table, and (on the advice of Father Nicolas Barre) he welcomed the teachers completely into his own home for board, lodging and religious practice. The first Brother to die was a Brother Christophe who died in this house on May 24, 1682, in the arms of De La Salle. It was Christophe who as a fourteen-year-old assistant, had accompanied Adrian Nyel from Rouen to start the schools in Reims.

In June 1682, the house was sold due to a lawsuit by his older sister and brother-in-law, who weren’t very keen on the idea of having a bunch of rough teachers share the family house. By this time, De La Salle’s sisters and brothers had already left the house except for Jean-Louis who remained with the pioneer teachers and the company of priests who frequented the house. We do not know how many of the original group of teachers followed De La Salle to the new rented house in the Rue Nueve, but evidently there were no more than five. 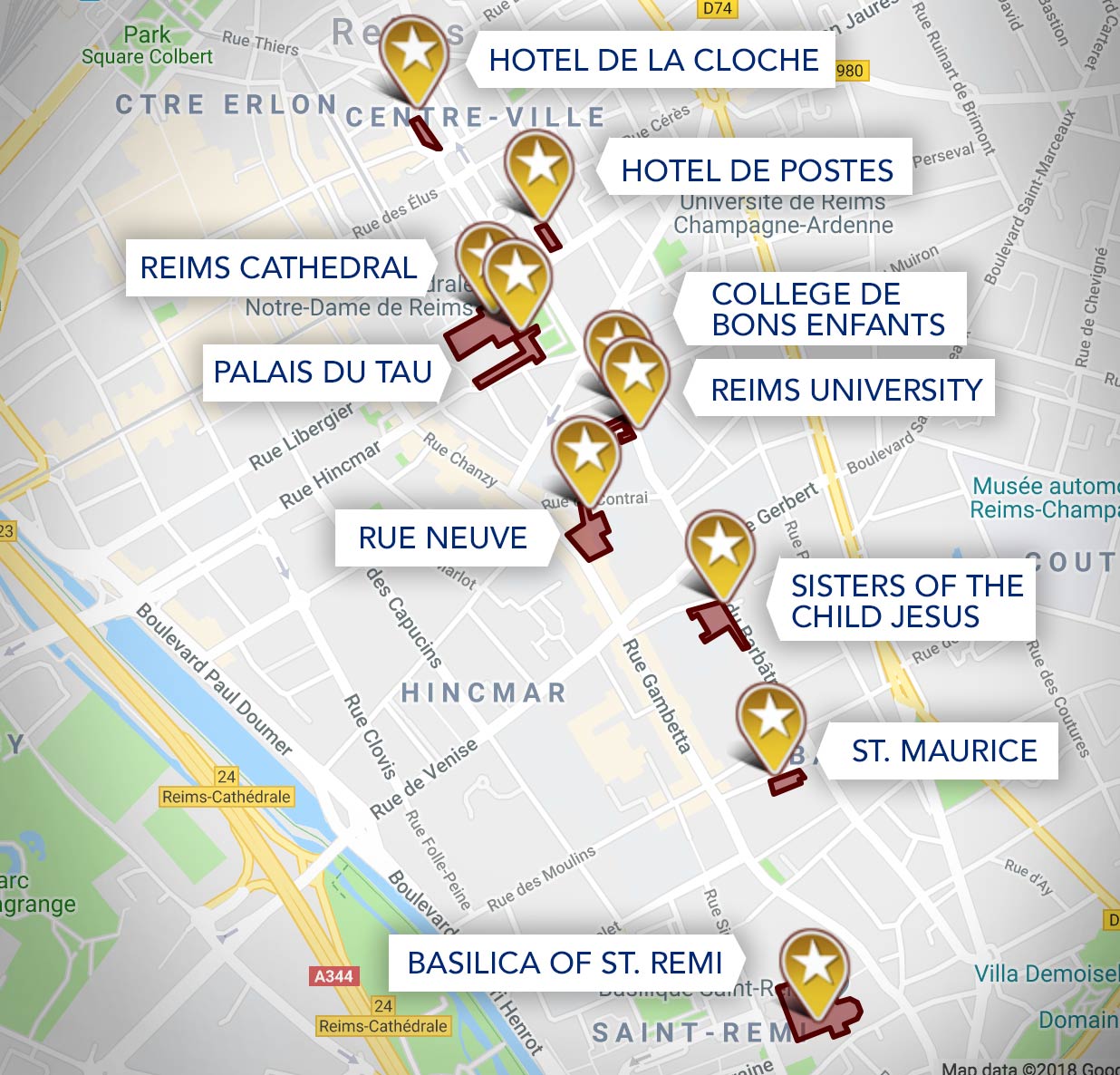