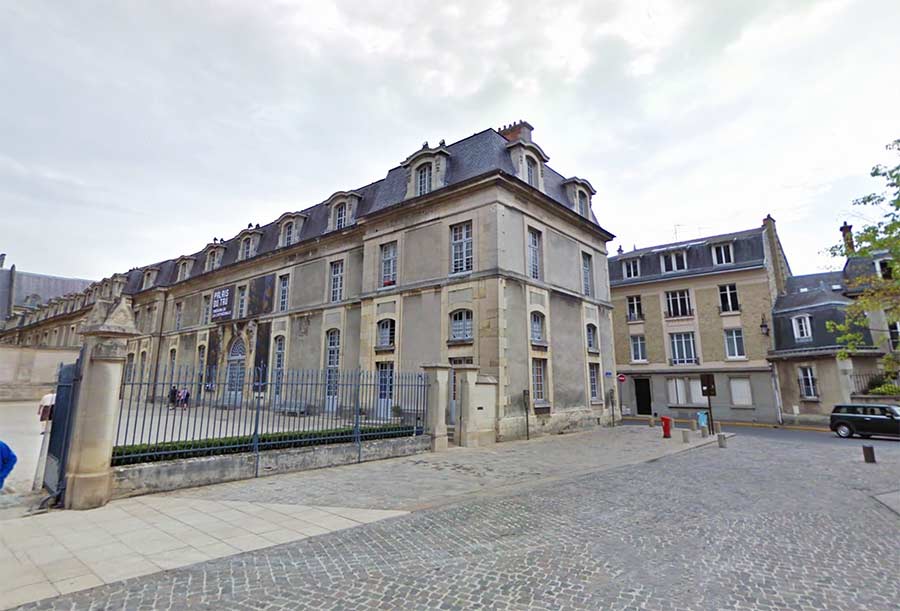 In this palace of the archbishop of Reims, De La Salle received the tonsure on March 11, 1662, and was ordained to minor orders in the archbishop’s chapel at the age of 17.

The small chapel in the back dates to 1230. It was in this chapel that the 11-year old John Baptist de La Salle received the clerical tonsure on March 11, 1662, and was ordained to minor orders in 1668. The chapel had been re-constructed into a show-piece by Le Tellier and De La Salle’s surroundings for his receiving minor orders were more magnificent than they had been for the kings crowned there.  De La Salle was subjected to many a humiliation in this palace at the hands of Le Tellier, who could not understand the canon’s desire to divest himself of ecclesiastical advancement and revenues in favor of this new work of educating the poor. In this palace, De La Salle also received Le Tellier’s  approval for the Sisters of the Child Jesus.

De La Salle received tonsure in Palais du Tau. Tonsure is a sign of religious devotion or humility through a historic ritual of shaving some or all of the hair on the scalp. It was abandoned by papal order in 1972.

When for a short time (1686 or 1687) De La Salle succeeded in having Brother  Henri l’Heureux made Superior over him, the Archbishop immediately let his displeasure be known, being called on the carpet, as it were, because he had agreed to have a Brother be the Superior of the Brothers. De La Salle obeyed the Archbishop and again took up direction of the young Institute himself.

Standing in the garden of the Archbishop’s Palace (or on the Cours Anatole France, adjacent) one can look across at the neighboring Bibliotheque Carnegie (post-1918) and see inscribed on the frieze beside the names of famed French writers and philosophers, those of Colbert, Le Tellier, and De La Salle. De La Salle’s name is partly concealed but is to be found in the corner, near Le Tellier’s name (at the corner of the Rue Voltaire).

This palace was rebuilt between 1687 and 1692 under the episcopacy of Charles Maurice Le Tellier, a brother of the minister Mr. Louvois in Louis XIV’s government. Thirty French kings resided in this palace during their long coronation ceremonies (the ornaments used are preserved here) as well as superb tapestries and  reliquaries. The palace was severely damaged by bombs in World War I but is now completely restored.

At the Palais du Tau (Episcopal Palace of Reims) are some of the huge statues from the exterior of Reims Cathedral which have since been replaced. In the museum are pictures of Reims Cathedral when it was damaged in 1918. There are also some stone water spouts here which now contain lead from the roof that had melted. The roof of the chapel had to be replaced after 1918. In the room to the right just as you come out of the chapel are stored a number of items belonging to De La Salle, including his paten (a large plate) and the water jug/cruet (both engraved with the family arms) that he is thought to have used at his first Mass (and possibly his chalice, too). The tapestries that sometimes adorn the cathedral itself are on display in the Palace, as well as some coronation robes. 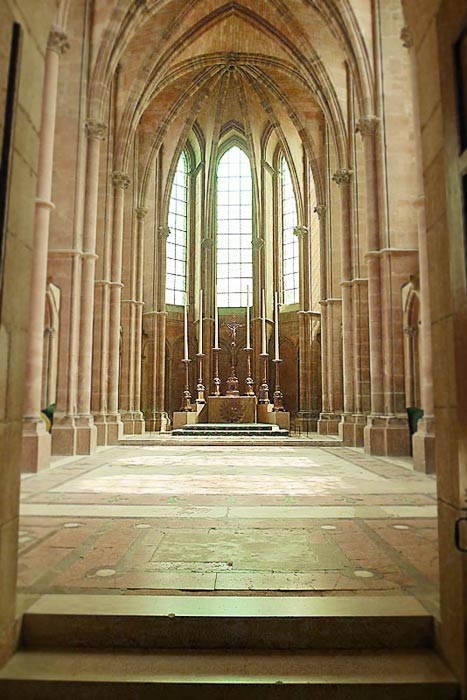 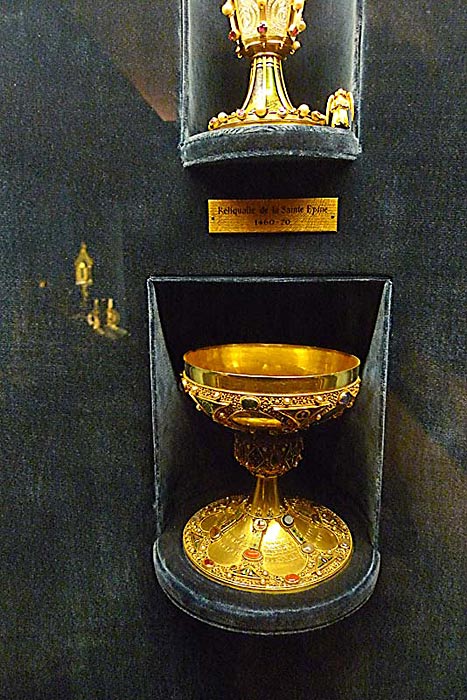 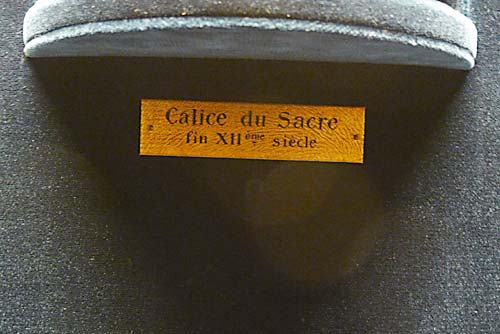 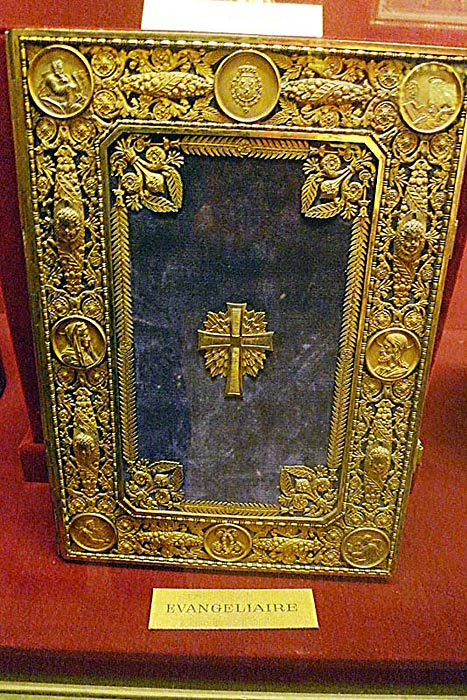 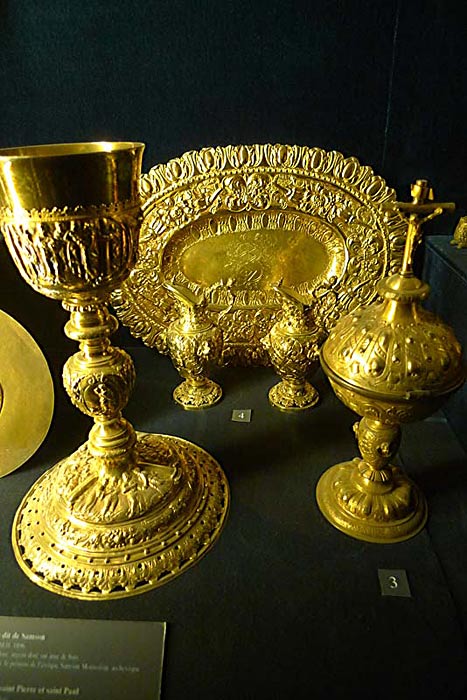 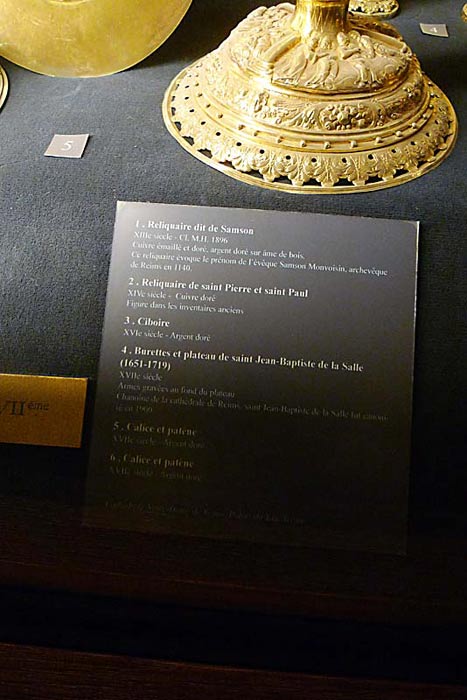 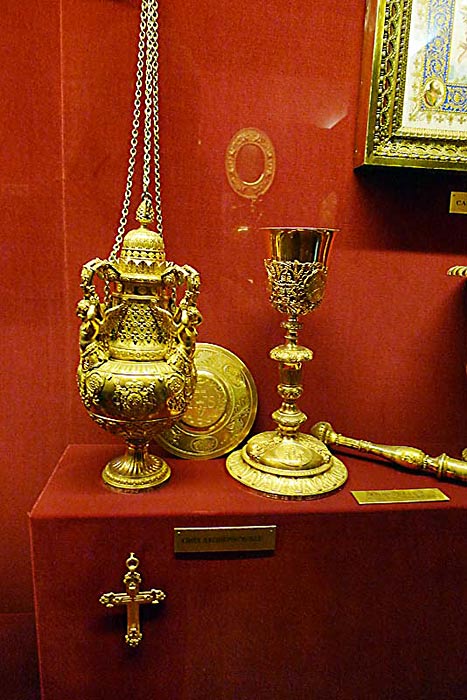 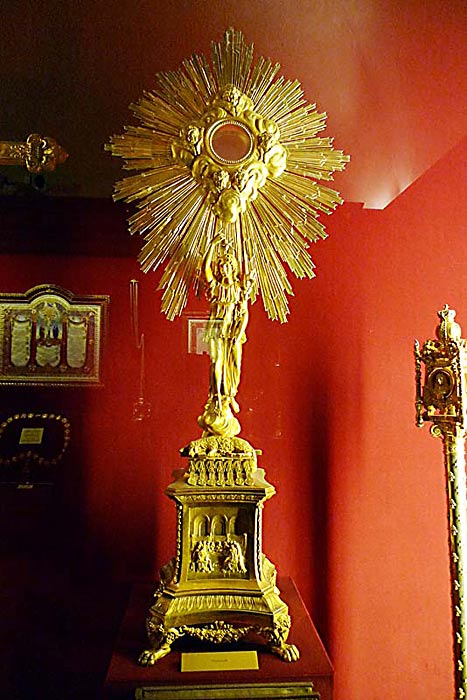 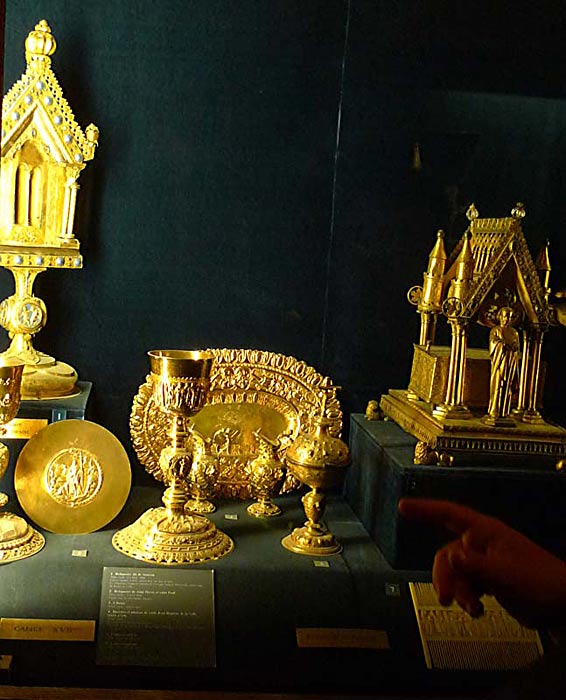