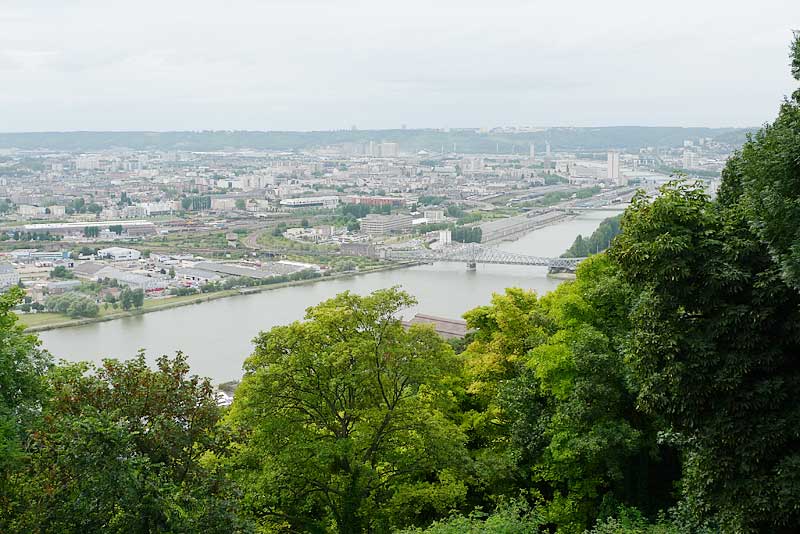 Rouen has long been associated with Joan of Arc, but its other famous saint is De La Salle, who established the center of his Institute here, founded unique educational ventures at Saint Yon, and spent his last years here, dying in the Brothers’ community on April 7, 1719. 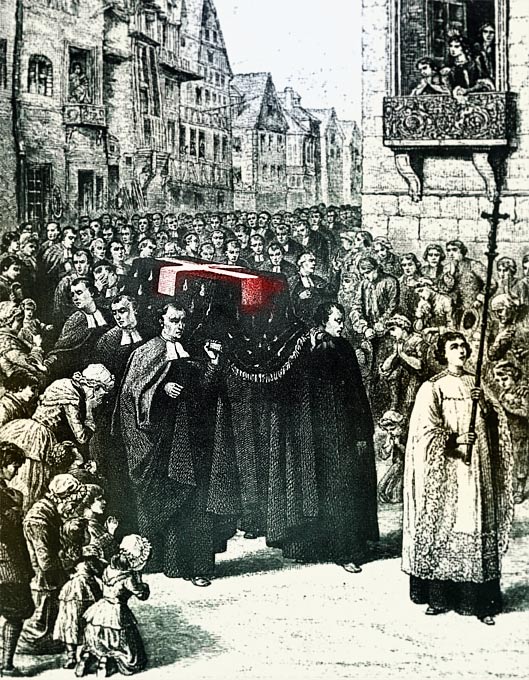 De La Salle was buried without pomp in Saint Suzanna’s chapel in the church of Saint-Sever on Holy Saturday afternoon in the presence of a great crowd of people who attended his funeral.

De La Salle and the Brothers endured many hardships in order to become established throughout Rouen, and their property at St. Yon became a model educational enterprise, both for students (including delinquents) and Brothers alike. The industrial city of Rouen in northern France included many poor families in the 17th century, whose children were often left to roam by themselves while their parents worked. De La Salle himself lived at St. Yon for many years, and it was here that he spent his last days.

Rouen, known as the museum town of France, is the country’s third busiest port and a major industrial, textile (printed cotton goods became known as  “rouennerie”), commercial and administrative center – Normandy’s capital. Its Musee des Beaux Arts is one of the finest in France.

Cathedral of Our Lady

The 13th – 16th century Cathedral of Our Lady has two impressive towers and a huge 19th century spire, France’s tallest. The right tower of the cathedral, the Butter Tower (so called because it was thought to have been built with the money paid for the dispensation to eat butter during Lent), has a carillon of 50 bells. In the cathedral is retained the heart of Richard the Lionheart, King of England.

Joan of Arc’s Tower is in the keep of the Castle (1204) of Phillipe-Auguste. It was in this tower that Joan was tortured. A mosaic in the paving of the Place du Vieux Marche marks the spot where she was burned at the stake. The Tour de la Grosse Horloge (with its elaborate clock machinery and faces and its bells that still toll every evening at 9:00PM) was seen by Joan of Arc and by De La Salle.

In 1789, the French Revolution passed quietly through Rouen, but the big walls surrounding the town in place of the present boulevards and quays were torn down except for the Porte Guillaume Lion.

Rouen, famous for its pottery, is the native town of the 17th century French dramatist, Pierre Corneille. His house faces Joan of Arc’s statue in Place du V. Marche, by the Rue de la Gross Horloge.

View of Rouen from the cemetery